Home Mom Stuff Co-Parenting Less is NOT More: Dating who you Want

What is the Less Than Man, you ask? He’s (or she’s) the guy you settle for because he’s got most but not all the qualities you’re looking for in a dating partner. They meet some but not all of your likes or wants in the person you share your life with and so you compromise beyond reason to not be alone. How many of you can admit to doing this? I know, I have. I am guilty of it beyond a shadow of a doubt.

And so I’ve been chattering a bit with my close BFF’s and the Men in my life who’ve never entered the realm of dating Me to ask the questions why so many of us settle?

The saddest story sounded like something from the movie version of the great book, He’s Just Not that Into You. A good friend of mine admitted he married his now almost ex-wife because they’d been dating for so long he felt he owed it to her. While there was no ultimatum involved he confessed he couldn’t just leave her alone. (OMG!! Really?!?) And so now after 6 years of marriage they’ve both been carrying on relationships with other people for various amounts of time AND she’s preggers with someones kiddo. Because of a court order we’ll find out in 6 months just who’s it is…the Lover in New York or the soon-to-be-Ex-Hubby in Huntington Beach, Cali.

Settling can wreck your life. It can create a relationship based on lies and half-truths. Yes, you might care about that person but does it make it right?

At some point in my life with the Bio, I knew that we weren’t right. There was something missing from our equation. I’ve known it with Mr. San Diego (who I’ve not written about yet but it’s years ago) when he admitted he couldn’t imagine changing certain parts of his life. And why would I ask him to? I mean for me? WHY?!?!?

So this Less than Man…yeah him again. He’s the guy you look at during convo about his day and wonder ‘when’s he gonna ask me about mine’ and it never happens. He’s the guy who lets you ‘do you thing’ only because he doesn’t want to have to go to the wine bar since we all know real men only drink beers. This guy is the guy you look at in the morning and wonder for just a minute how he got there. He’s the dude who conveniently forgets important dates and then makes you feel like crap for not reminding. Just when you least expect it he has moments of glory that make you think he’s going to change…then, NOPE not so much. He takes all shapes and forms. Ultimately, he’s the guy who I’ve dated that will make the time pass a little quicker because I’m not alone. He’s just a smidge too short or he’s just a smidge to liberal or he’s just a smidge wrong for Me. If as a woman (or man) there are deal breakers no matter how minor they are then we need to stick to our guns and be okay with being on the path to Love alone until we find someone who fits the Order. Now, not that I’m certain Mr. Perfect exists because I know that he doesn’t. I’m sure that’s what I’ve learned from this last few months of dating and the interesting variety of men that have come my way. I’m okay with being alone and I kinda like it. Not that I don’t have my moments of yearning for someone to cuddle with by the fire on the Monkey-less nights, but I’m good with knowing that I won’t settle for a Less Than Man.

Now how does this play into the Less Than Man? Well here’s the deal. HSD was the first guy in my dating life to plan something for Me. I know it went horribly wrong and massively exploded in our faces but he tried. This guy shared a side of me that not even the Bio in our 20 years of knowing each has shown me. The only settling I was doing in that relationship was not being able to just jump into the way we wanted because we both have kiddos to think about. He took me places where his family would be and didn’t even flinch when people told him ‘your girl’s awesome’, he just agreed and nodded. He told me things like his days were better when I was around…even when it was twenty minutes for a cup of coffee. SOOO, why did it end you ask? It was truly a compound fracture of things and thoughts and sadness. I yelled and hit the road. Was it he best reaction given the convo’s we’d had about everything that was really at the Core of our lives. We are single parents. We are parents. We really dig each other. 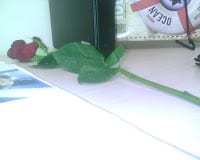 Now here we are. And I don’t see him as a Less Than Man even with all the stuff in between. Drama aside he’s different still. The Drama can’t define us as individuals or even as a couple. I’ve learned a lot in therapy. (Praise the Therapy Gods) And I’ve possibly got a second chance at this with someone who managed to fall into my Life in the midst of this tragedy that is on-line dating.

State of my Non-Union

Getting to the Ass of the Matter