Home Adulting He’s just not that into…? 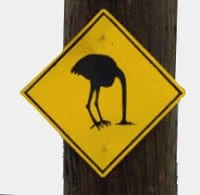 Once upon a time I thought I had this dating junk under my belt…like some kind of dating Ninja. But, then I got left standing 3 months preggers thinking about the Ostrich Life I had fallen into.

And then I realized that I know absolutely nothing about anything close to the ‘normal dating’ that most people work to achieve. I had fallen in love with my Middle School sweetie and never let him go. So as grown-ups I fell back into the routine the Bio and I had kept all our lives. It was destructive and terrible and I let it destroy my heart, my soul and my confidence.

So skip ahead almost four years later…I’m ready to date. I’ve been to therapy. I’ve work shopped with single parents who have similar hardships. I even joined a stupid Meet-up Group that bombed hardcore. Albeit the work has been done there is still so much I don’t understand. Next I turned to books…self-help and then dating advice and then the one book that made sense to me. ‘He’s Just Not that Into You.‘ And it struck a bell…a chord and smacked me with concrete evidence that purely made sense.

And yet as I apply these standards to ‘date by’ there are incidences that don’t jive for me. Dating sites. Every stupid dating site I’ve been on a guy has been the first to give me his number. According to those rules in that book you don’t call him because if he gives you his number then he’s just ‘not that into me’…right? Are there ever any exceptions? According to several people and including my Gay BF there are never any exceptions…EVER!! When on Twitter recently I asked a Man about town @theurbandater what he thought and got some honest responses that back up the author’s theories and guidelines in this book that has become the ‘Dating Bible’ to many close friends…still all single by the way.

Even my dearest friend on the left coast @SHSingleMama wrote:

@lildevilmama The fact that he told you to call him instead of calling you isn’t good to begin with. 9:57 AM Jan 8th from web in reply to lildevilmama

Learning to ‘date’ is exhausting. There are too many schools of thought to get it straight and when I just do what feels right, I end up with situations like I created with Hot Single Dad. (whom I still haven’t spoken to) There are many levels of frustration that go along with waiting by the phone for someone to call, let alone text as it seems is the most chosen method of communication amongst the male species. There is so much unhappiness that comes from trying to decode the signals sent out by the other sex that I’m over the work that goes into it.

At this point I have too much on my plate to submerge myself in the chaos that presents itself via dating sites that are supposed to make it simple and carefree. My ass it’s carefree. We, women, see those ads with the alleged ‘success stories’ and we want that! To find someone who realizes that at any moment the loss of me would ’cause their world to implode. Devastation would be come to pass if I was just never there. Oh and my favorite, they had never really loved until they met me…

I have created a new Mantra for the Men of the Internet dating world…Date me if you dare. Show me you deserve me. And then maybe I’ll let you buy me coffee.

Better than Less Than